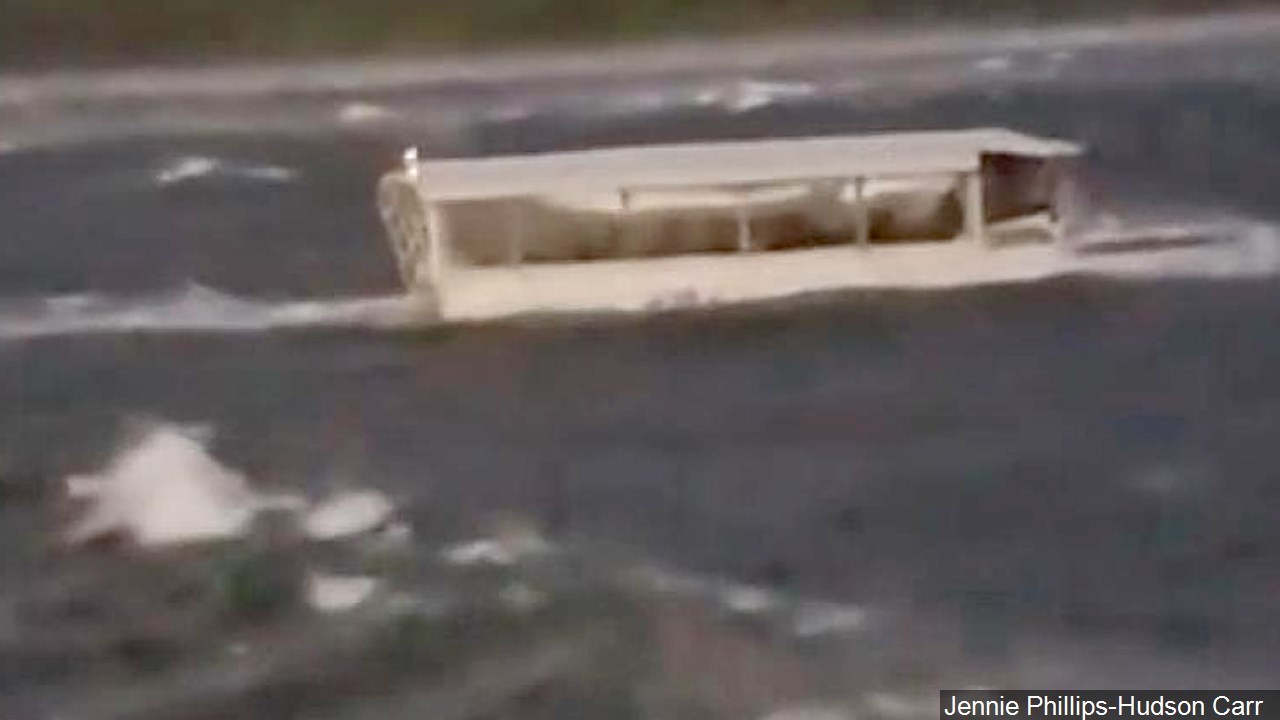 (Editor's note: This story has been updated to reflect that damages sought are $100 million, rather than $100 billion as stated in court documents. Plaintiff attorney Gregory Aleshire said that a demand for $100 billion in a cover sheet for the case was in fact a typographical error).

KANSAS CITY - A law firm in Springfield is demanding $100 million from operators and manufacturer of the Table Rock Lake duck boat that sank July 19, claiming the lives of 17 passengers.

The boat that sank in storm-driven rough water, identified as Stretch Duck 07, became a death trap that could have been avoided, the suit claims. When it began taking on more water than bilge pumps could remove, the suit says its canopy entrapped passengers and dragged them to the bottom of the lake.

"Despite being aware of impending severe weather conditions, Ripley intentionally decided to take the Duck Boat out onto Table Rock Lake instead of cancelling the tour and refunding the patrons’ money," the suit claims.

"This tragedy was the predictable and predicted result of decades of unacceptable, greed-driven, and willful ignorance of safety by the Duck Boat industry in the face of specific and repeated warnings that their Duck Boats are death traps for passengers and pose grave danger to the public on water and on land."

The decision to take the boat onto water, in spite of predicted severe weather, was detailed in the complaint.

At 6:30 p.m., the Stretch Duck 07 tour was set to begin, first with a tour through the streets of Branson, followed by a lake cruise. But, in order to beat the approaching storm, the captain and the driver were allegedly told to modify the tour schedule and take the water portion before the land portion.

At 6:50 p.m., the captain, having acknowledged that he had monitored weather radar, began a safety briefing before the boat entered the water and advised passengers they would not need their life jackets, contrary to company policy.

According to the complaint, company policy states that the boat is not to enter the water when severe weather is approaching or if there is a risk of winds exceeding 35 miles per hour or if waves may be higher than 2.5 feet.

Waves as high as four feet were encountered and wind gusts were in excess of 60 miles per hour, the suit claims.

"Defendants’ carelessness, negligence, gross negligence, recklessness, outrageous conduct, and complete disregard for the welfare of their passengers, seventeen people were dragged to their horrific deaths when Stretch Duck 07 sank to the bottom of Table Rock Lake, with the fourteen survivors suffering life-altering injuries," it states.

When the waves swelled beyond 2.5 feet, the captain should have instructed passengers to put on life jackets, but allegedly did not.

"Instead, the captain lowered the plastic side curtains, thus further entrapping passengers in the soon-to-sink vessel," the suit claims.

The boat's manufacturer also is blamed for defective design.

"Stretch Duck 07 was unable to stay above the surface of Table Rock Lake, taking on water and slowly sinking lower in the lake with each additional gallon of water that poured in," the suit claims.

Want to get notified whenever we write about City of Table Rock-Branson ?

Sign-up Next time we write about City of Table Rock-Branson, we'll email you a link to the story. You may edit your settings or unsubscribe at any time.