Sen. Ed Emery (R-Lamar), who introduced the Senate Joint Resolution on March 12, told the St. Louis Record that the main goal is to give the Senate the ability to conduct impeachment trials. 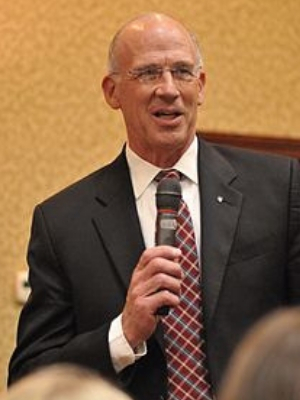 According to the Senate’s new proposed amendment, “all impeachments shall be tried by the Senate and when sitting for that purpose, the senators shall be on oath or affirmation to do justice according to law and the evidence.”

“When the governor or lieutenant governor shall be tried, the chief justice of the Supreme Court shall preside,” the Senate resolution states.

Emery said the measure now goes into the House then could be voted on in the 2020 general election in Missouri, with it possibly taking effect in 2021.

Emery said Missouri’s impeachment process was changed in 1945 and it has been a challenge trying to get the latest resolution passed since he came into office, but he is hopeful as the measure goes to the House.

The amendment states that all impeachment trials are to be tried by the Senate beginning in January 2021 “to establish a super-majority vote necessary to convict a judge or statewide elected official after impeachment and to provide that such judges and officials shall be liable to impeachment for corruption and crime in office.”

Want to get notified whenever we write about Missouri Senate ?

Sign-up Next time we write about Missouri Senate, we'll email you a link to the story. You may edit your settings or unsubscribe at any time.