JEFFERSON CITY – Missouri Attorney General Eric Schmitt is in search of witnesses to the horrors of opioid addiction and the effects that it causes in an attempt to fight pharmaceutical companies.

As stated in a report by the St. Louis Riverfront Times, the attorney general recently "announced the launch of a website, realopioidpain.com, to connect with Missouri residents who might testify in an ongoing lawsuit against drug makers Purdue Pharma, Endo Health Solutions, Janssen Pharmaceuticals and Johnson & Johnson." 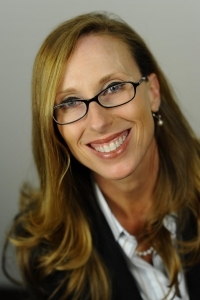 In addition to the website, Schmitt unveiled the rate of deaths caused by the opioid overdose in the state - a number that is higher than the national average.

Quoting data from the Center for Disease Control, the Riverfront Times reported that "in 2017, 952 state residents died of opioid overdoses — about one of every 65 deaths in Missouri."

In order to fight the epidemic, Rep. Holly Rehder (R-Sikeston) introduced a bill in the House to establish a prescription drug monitoring program (PDMP), which is not available in Missouri.

Rehder told the St. Louis Record that "the most glaring is that we have tied the hands of our physicians by not having a PDMP," adding that "without having their patients' medication history, they are prescribing and diagnosing without all of the data they need."

Rehder cited privacy concerns as to why the state of Missouri has not adopted a PDMP yet.

"Many are concerned about privacy. I am also concerned about my privacy. However, not with a PDMP. First, they are covered by HIPAA law, so they have the same protections as electronic medical records. We’ve not seen any legislation filed to get rid of those. Anyone who has had a prescription filled at Walgreens, Walmart, CVS, Target, etc. are in a national database. You don’t hear anyone concerned about this. So the privacy argument with respect to PDMPs is hard for me to understand," Rehder said.

The assemblywoman recognizes that the bill has "some speed bumps," but she is "still hopeful" that it passes the Senate.

"Included are one - A rolling purge of data at three years. Two - No state, local or federal agency can use the information to prevent you from owning or obtaining a firearm. Three - info cannot be used for the sole purpose of a warrant, and four - E felony if information is used unlawfully," Rehder said.

As to what more legislators could do to address the opioid crisis, Rehder said that "we need to remove the stigma by allowing more physicians to prescribe medication-assisted treatment."