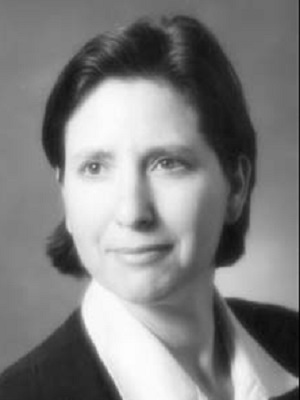 ST. LOUIS – The U.S. District Court for the Eastern District of Missouri’s Eastern Division granted the defendant's motion to dismiss a fraud claim stemming from the acquisition of a rental property on the grounds that the complaint was time-barred.

Cohen determined plaintiffs Sharmel Properties Inc. and Melvine Milne’s breach of contract and fraud claims against Raymond T. Davis were outside of the allowed five-year statute of limitations. Sharmel and Milne sued the defendant in 2014, but the lawsuit was based on alleged actions that took place in 2003 and 2004.

When it comes to the breach of contract claim, the plaintiffs alleged Davis failed to take an action regarding the purchase of a property when non-party Mark Harris failed to keep his side of the deal and pay for new acquisitions. They also accused Davis of refusing "to provide an alternative funding source when advised by plaintiffs that Harris was not funding the purchase of” the Bridleton Woods Apartments. The alleged breach of contract occurred on Jan. 2, 2004, the closing date the sale of the Bridleton Woods Apartments. Because they didn’t sue until roughly 10 years later, the statute of limitation is valid, Cohen ruled.

It’s also relevant for the fraud claims. The plaintiffs alleged Davis led them to believe Harris was capable of providing funding. According to the plaintiffs, they met Harris between October 2003 and January 2004.

“Accordingly, plaintiff’s fraud claim accrued in January 2004, more than five years before plaintiffs filed the lawsuit, and is therefore barred by the statute of limitations,” Cohen wrote.

Milne, who was the principal of Sharmel “engaged in the business of acquiring, operating and selling multi-family and single-family rental property,” according to the ruling.

The ruling states Sharmel and Milne brought on Davis to help them find financing to buy a new rental property. They also wanted him to help with refinancing the property they already had. The plaintiffs and Davis entered a business consulting agreement where they would pay Davis $10,000 for a deposit and advance if he would provide advice and counsel, connections to the investment community, and a number of other consulting services. Davis later introduced Milne and Sharmel to Harris, who was doing business as New River Mortgage Group.

The plaintiffs alleged they asked Davis to step in after Harris failed to “’arrange for, provide, or take meaningful steps to provide’ the financing needed to complete the acquisition of the new rental property or re-finance existing properties,” the ruling states.

The plaintiffs allegedly also asked Davis to offer other funding options if Harris fell through. The plaintiffs sued after Davis allegedly refused to step in and the deal was not completed.