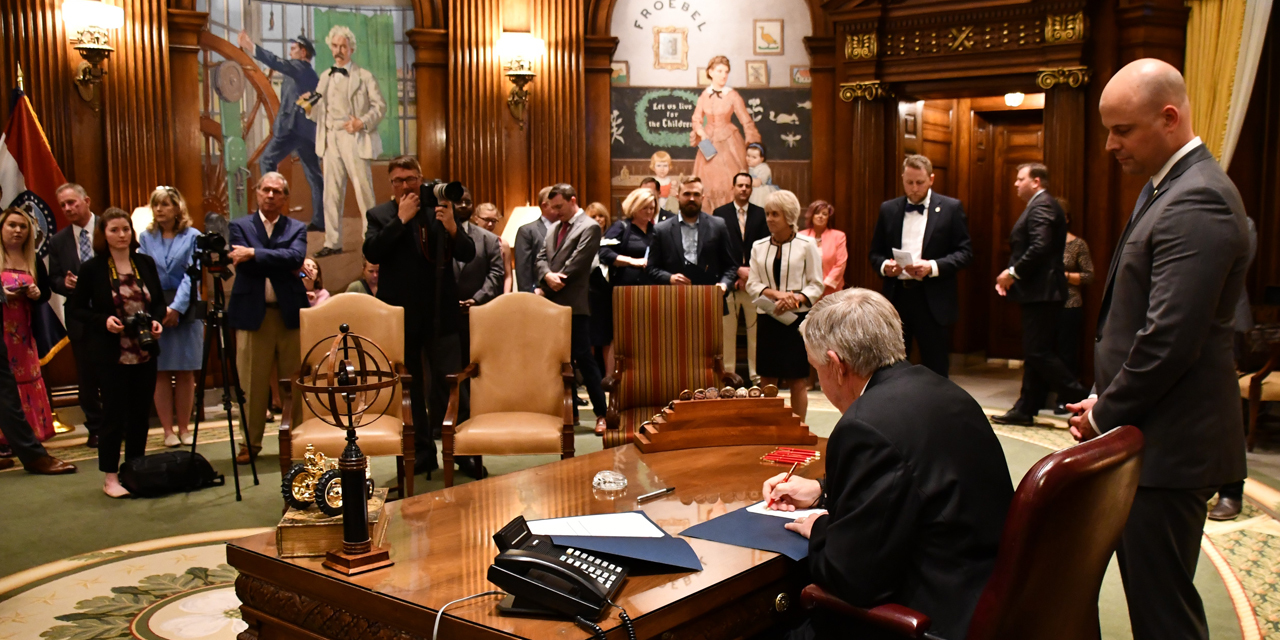 Senate Bill 7, sponsored by state Sen. Ed Emery, R-Lamar, will toughen what are now highly permissive rules regarding who may join a civil lawsuit in Missouri. Under current rules, out-of-state plaintiffs could join civil suits in Missouri so long as they purchased the same product as the in-state plaintiff, even if the products were purchased in separate transactions and the plaintiffs were injured in separate incidents. The legislation will require that plaintiffs file suit in the place where they live, the place they were injured or the principal place where the defendant does business, and also require that those looking to join an already filed suit be injured in the same incident or under the same circumstances as the original plaintiff.

“During this year’s session, we made major progress improving Missouri’s business climate,” Parson said in a press release. “Today, we took a great step in bringing fairness to our courts and giving Missouri businesses the opportunity for competitive economic growth."

The legislation allows cases already scheduled for trial to proceed under the old rules.

“The law signed by Gov. Parson today addresses a major reason why Missouri has annually ranked as having one of the worst legal climates in the nation," Daniel P. Mehan, Missouri Chamber president and CEO, said in a press release. "Starting today, Missouri will no longer be the nation’s courtroom. This law was years in the making and was one of the business community’s top priorities coming into the 2019 legislative session. I’d like to thank Gov. Parson, Sen. Emery and the leaders in the Missouri House and Senate for working to improve our legal climate and bring fairness to our state’s courtrooms.”

In arguing for the bill, Emery highlighted the fact that less than 10 percent of plaintiffs in mass tort cases being heard in St. Louis are residents of Missouri.

Supporters of the bill say the new rules will drive economic growth by making Missouri a more attractive place to do business without fear of massive lawsuits.

"Senate Bill 7 will go a long way in setting the record straight for the state of Missouri so that Missouri is a pro-business state," Richard AuBuchon, executive director of the Missouri Civil Justice Reform Coalition, said.

"We do not in this state want to forestall the ability of an individual who was harmed to seek redress," AuBuchon said regarding concerns that the bill was an attempt to limit the ability of plaintiffs to seek justice. "That said, when there are abuses like we have seen in Missouri, the state should stand up and fix those matters."

Want to get notified whenever we write about State of Missouri ?

Sign-up Next time we write about State of Missouri, we'll email you a link to the story. You may edit your settings or unsubscribe at any time.