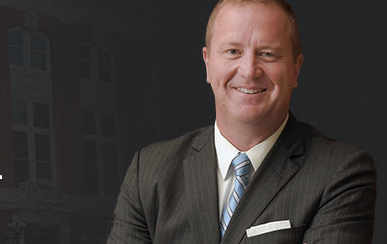 His announcement indicates the state will seek to collect damages from each company for allegedly improperly prescribed opioid products that has caused an escalation in Missouri’s opioid crisis.

Missouri Civil Justice Reform Coalition President Richard AuBuchon noted how other states have filed similar lawsuits that have ended in settlement and believes Missouri’s case will be handled no differently.

“I don’t think that our….attorney general is stepping out on a new leaf, so to speak, by filing those suits, and other states have also done that, as well, so it would likely be something that would be handled by settlement,” AuBuchon said.

Purdue has manufactured painkiller OxyContin, while Janssen manufactures Duragesic and was the producer of Nucynta until 2015. Endo produces multiple opioids, including Percocet and Opana.

The first state to take its case against opioid manufacturers on public nuisance claims to trial is currently playing out in Oklahoma, with closing arguments set to begin today in a proceeding that began in late May.

Oklahoma Attorney General Mike Hunter hired outside lawyers to make its public nuisance case against Johnson & Johnson and subsidiary Janssen Pharmaceuticals; other defendants settled prior to trial. The state's case alleges that the companies carried out a fraudulent advertising campaign to over-supply opiates in Oklahoma for profits leading to an epidemic Hunter called the worst in the state's history.

Lawyers for Johnson & Johnson have twice tried to dismiss the suit during proceedings, arguing in a bench trial before Cleveland County District Judge Thad Balkman, that evidence presented so far does not support a conclusion of public nuisance, and that it violates both due process and excessive fines clauses in the U.S. Constitution.

In the meantime, Schmitt said that by expanding Missouri's suit, the state is "sending a clear message that we aren’t backing down from this fight – rather we’re enhancing our efforts. It’s my duty to seek justice for harm done to Missourians, and that’s what I plan to do.”

Former Attorney General Josh Hawley initially filed the suit in 2017, becoming one of the first states to file action against opioid manufacturers. Schmitt created the Real Opioid Pain Initiative in April, which allows former Missouri opioid users to share how opioids personally affected their lives. Their stories have the potential to be used as evidence in the lawsuit in the future.