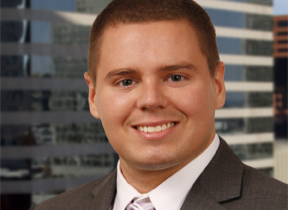 KANSAS CITY, Mo. – The Kansas Supreme Court recently ruled to strike the state's cap on noneconomic damages in a personal injury case and that decision may affect forum shopping between Kansas and Missouri courts.

There is a noticeable difference in the value of noneconomic damages awards for personal injury lawsuits depending on if the case was filed in Kansas or neighboring Missouri.

Brown & James law firm senior associate Taylor Connolly published an article in Law360 comparing and contrasting several cases filed in both Kansas and Missouri Supreme Courts. Connolly is still unsure whether or not the Hilburn decision will impact court proceedings in either Kansas, Missouri or other states.

“It is still too early to tell, let alone predict, what impact the Hilburn decision will have upon forum shopping (electing to file suit in one state over another which has the greater connection to the case),” Connolly said. “Though, I suspect forum shopping as between Jackson County, Missouri and Wyandotte/Johnson County, Kansas may be reduced at least nominally due to the cap in Kansas having been determined to be unconstitutional.”

Connolly wrote in his article that Missouri Supreme Court struck down the cap on noneconomic damages in the state in the 2012 case Watts v. Lester E. Cox Medical Centers.

However, Kansas Supreme Court “had long upheld statutory restraints upon the recovery of noneconomic damages” according to Connolly. Kansas statute states: “in any personal injury action, the total amount recoverable ... for all claims for noneconomic loss shall not exceed a sum total of” $250,000 to $350,000. An exact amount depends on when the action occurred.

Connolly did mention in his article that “surviving distinctions between the 'border war' states could mitigate the effect Hilburn may have upon forum shopping motivated by an effort to evade the caps,” but it is unknown if it will have a large impact.