St. Louis trial over whether Roundup causes cancer is delayed 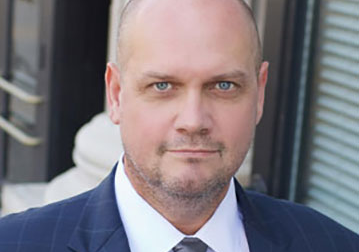 (This story has been updated).

A St. Louis County trial over whether the popular weed-killer Roundup causes cancer has been pushed back from August to January.

The trial, which was expected to draw the eyes of businessmen, lawyers, farmers and health experts across the globe, alleges that Monsanto’s Roundup played a role in an Illinois woman’s development of cancer.

Sharlean Gordon’s suit against Bayer, which now owns Monsanto, was set to go to trial Aug. 19. But plaintiff attorney Eric Holland said Thursday afternoon that the judge, on his own, pushed back the trial date to Jan. 27. The order issued Thursday by Judge Brian H. May did not list a reason for the continuance.

Gordon, who is in her 50s and resides in Pekin, alleges she was diagnosed with Non-Hodgkin’s lymphoma after using Roundup herbicide for more than 15 years at her home.

The trial was to be the fourth one held in the United States on the issue of whether Roundup causes Non-Hodgkin’s lymphoma. The first three were held in California. One resulted in an $80 million verdict, which a judge reduced to about $25 million. The two other cases also resulted in verdicts that were reduced by a judge. The final awards in those two ended up being $86 million and $78 million.

Bayer issued the following statement after the continuance was announced: “The August 19, 2019 trial date for Adams et al v. Monsanto in St. Louis County has been postponed, and the court has reset the date for January 27, 2020. With the change in the trial schedule, the appeals of the three completed trials will be a significant focus of the litigation in the months ahead.”

The St. Louis County case has drawn great interest because it’s the first one to be held in Monsanto’s “backyard.” Before being sold last year to Germany-based Bayer, Monsanto had headquarters in St. Louis. Monsanto still is a major employer in St. Louis, and its name adorns buildings across the city.

Yet Holland is confident that jurors will be fair to his client.

“I want them to hear the evidence,” Holland said. “I think they will be appalled.”

He added, “That was before they sold out to Germany. This company isn’t a St. Louis company anymore.”

Holland said Gordon has undergone stem-cell transplants and, for a while, had to reside in a nursing home because of her condition.

He declined to specify an amount that he will ask a jury to award to Gordon.

“This case is probably one of the more catastrophic in terms of the injuries,” Holland said. “I see this case right in the same realm as the others.”

“The news value and intense global interest surrounding these pending public court proceedings are self-evident,” Martineau wrote in a motion.

In an interview, Martineau said there are varying groups of people who have interest in the case.

“Lawyers throughout the country subscribe to this service, law professors, industry people who might be interested in these types of cases, and I’m sure any manufacturer in a toxic-tort case, especially involving glyphosate,” Martineau said. “Maybe investors.”

Bayer’s stock has dropped since verdicts involving Roundup have been issued. The company says Roundup is safe when used properly, and that plaintiff experts have wrongly interpreted tests and data.

Only one arm of the World Health Organization, the International Agency for Research of Cancer (IARC), has found that Roundup is “probably carcinogenic,” but U.S. regulators have declared it safe.

“EPA has found no risks to public health from the current registered uses of glyphosate,” said EPA Administrator Andrew Wheeler in an April news release.

U.S. Secretary of Agriculture Sonny Perdue added, “If we are going to feed 10 billion people by 2050, we are going to need all the tools at our disposal, which includes the use of glyphosate.”