JEFFERSON CITY – The Missouri Chamber of Commerce and Industry has announced that the state ranks 44th out of 50 in the nation when it comes to tort reform and promoting a friendly legal climate.

According to the 2019 Lawsuit Climate Survey: Ranking the States, Missouri ranked in the bottom fifth of states that had enacted measures and reforms to curtail lawsuits in their states. Previously, Missouri ranked 49th out of all 50 states in 2017 and 42 in 2015.

Delaware was ranked number one in the nation for tort reform, while Illinois was ranked 50th. Other states grouped with Missouri included Alabama (42), Florida (46) and California (48). 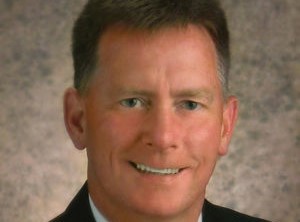 The report noted that Missouri had made improvements by enacting meaningful venue reform in the last legislative session. However, it also said that St. Louis was considered part of a group of cities or counties in the U.S that had the "least fair and reasonable litigation environment." The report estimated that tort lawsuits in the state cost Missourians more than $3,000 per household, or 2.5 percent of state gross domestic product.

According to a release announcing the findings, reasons for the state's low ranking could be:

- St. Louis is at the center of litigation alleging talcum powder causes cancer, with juries having returned massive verdicts as high as $4.7 billion in a single case in which 17 of the 22 plaintiffs were from out of state.

The Missouri Chamber of Commerce said that the ranking is a "blow" to its work in making the state an economic leader.

"For far too long, trial attorneys have abused the system for profit and used their political influence in Jefferson city to derail our reform efforts," Daniel P. Mehan, the president and CEO of the Missouri Chamber of Commerce, said in the release. "That must end now. We can no longer be a state that's doing everything it can to improve our economy, only to have our efforts overturned by trial attorneys who want to siphon money into the massive lawsuit industry that they've built in Missouri on the backs of our job creators and workers."

Mehan said that lawmakers in the state capitol should focus on tort reform in 2020.

The state legal climate report is released every two years, commissioned by the U.S. Chamber Institute for Legal Reform and conducted by the Harris Poll.

Editor's note: The St. Louis Record is owned by the U.S. Chamber Institute for Legal Reform.