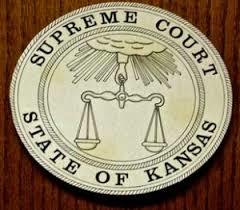 In its order the court sustained Walsh's petition for reinstatement and restored his membership in The Missouri Bar in good standing. The state high court also ordered Walsh to pay costs.

In 2005 Walsh's Kansas license was administratively suspended after he allegedly failed to comply with annual registration requirements.

Walsh was still suspended in Kansas in May 2008 when he was indefinitely suspended following a Kansas Supreme Court order for allegedly telling a party in a real estate transaction that he had forwarded to the party a key and documents when he had not done so. Walsh also was alleged to have tried to prevent a witness from testifying at his disciplinary hearing.

The following September, the Missouri Supreme Court reciprocally suspended Walsh three years. The Missouri court handed down that suspension after finding Walsh had violated professional conduct rules regarding truthfulness in statements to others, fairness to opposing party and counsel and other misconduct.

Walsh's reinstatement in Kansas, which followed a Sept. 29, 2017, Kansas Supreme Court order, was conditioned on his compliance with annual continuing legal education requirements and his payment of all fees.