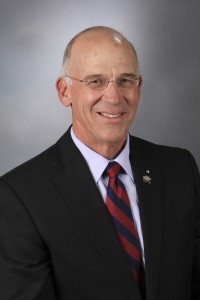 JEFFERSON CITY – Legislators may take another shot at changing a law aimed at protecting consumers that those advocating for reform believe has broadened so widely that it is rife with the potential for abuse.

Bills aimed at reforming the Missouri Merchandising Practices Act (MMPA) were introduced in each of the last five sessions, but none managed to pass.

But those arguing for changes, including legislators and business interests, predict there will be others filed in the 2020 session, and hope at least one will withstand opposition.

Senate Majority Leader Caleb Rowden (R-Columbia) filed Senate Bill 276 last session, one of a number addressing elements of the same bill. It proposed a "reasonable consumer" standard that included a provision where damages to individuals could be calculated with a "reasonable degree of certainty."

"I am not planning to file the MMPA language as I have in years past, but the language will be filed by a colleague or two of mine for sure," Rowden said. "The need for the language is clear – a small subset of plaintiff’s attorneys have abused and misused a very important and needed Missouri MMPA statute."

While proponents of reform cite cases where class actions are filed over the amount of candy in a packet, those opposing changes to the MMPA, including trial lawyers and consumer advocates, believe the ultimate goal is to severely limit the ability of individuals grouping together to fight shoddy business practices and even fraud.

"Weakening the MMPA would excuse businesses with a track record of shady practices from fraud claims," according to the Missouri Association of Trial Lawyers. "No business should be able to steal from Missourians."

However, Rowden does believe the Act, introduced in 1967 as a way for the attorney general to take action on behalf of consumers but which was expanded by law and legal precedent to allow personal and class suits, is "important to protect Missourians from all across the state."

"But when it is abused, misconstrued, that has an adverse impact on those seeking to use it properly, " Rowden said. "I hope we can bring this area of law back to balance through some small adjustments and changes, and I am even more hopeful that if we are successful in doing so, that the courts and plaintiffs' attorneys will interpret the law in the way it is intended."

If similar language to Rowden's bill is included in any newly filed proposed legislation, individuals would be required, along with showing an actual damage amount, to have acted in the same manner as a "reasonable consumer would in light of all circumstances."

The reasonable consumer standard is important, according to Matt Panik, vice president of government affairs with the Missouri Chamber of Commerce and Industry.

"The Chamber has supported these reforms and will continue to do so," Panik said, adding that he predicts bills with the same language will be introduced in the next session.

Proponents of change will be attempting to craft a strategy over whether to throw support behind one bill or combine elements of several.

Panik cited the example of suits, which he admits are extreme, involving the amount of candy in a packet of M&Ms even when it expressly states the weight on the packaging.

"But people are getting signed up by law firms" to lodge these claims, the chamber representative said, adding that the preferred position of business groups is that each claimant should have to reveal harm as an individual rather than in a class.

Plaintiff lawyers argue that some of these moves towards reform – including one recent proposal to introduce a reliance provision – will effectively eliminate the ability of a class of persons to take action, which, it is claimed, is important when the individual amounts are so small and where businesses have to be held to account.

Under the reliance rule, to "succeed on an MMPA claim you will not need to show that you made a purchase because of the seller’s deceptive or misleading conduct," according to Missouri plaintiff law firm Pospisil Swift.

"A reliance requirement would effectively eliminate the ability to pursue class actions, because of the individualized proof required to show that each class member relied on the deceptive statement or practice when making his or her purchase," the law firm stated in an April post.

Panik believes previous bills filed failed due in part to the finite amount of time that legislators have to move and pass legislation, but the "opposition has really made an impact."

Calendar management and the sheer number of bills filed, the most ever in the last session, are key to understanding the failure to make changes, state Sen. Ed Emery (R-Lamar) said.

"It is also about strategy ... (you) know (you are) going to have some fights and have to pick your battles and cannot get too far ahead on particular issues ... but we are trying to address this to make the greatest impact," Emery said.