Farmers have few practical alternatives to Roundup, but still have faith in the weed killer, Farm Bureau president says 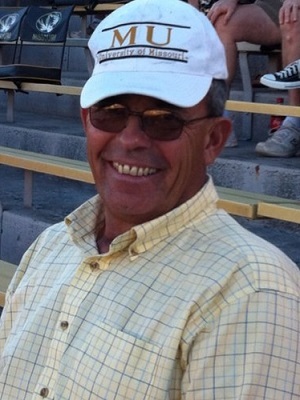 JEFFERSON CITY – Despite tens of thousands of lawsuits and well orchestrated advertising campaigns from plaintiff lawyers, farmers in Missouri still put their faith in Roundup and have little in the way of alternatives, an agriculture advocate said during a recent interview.

"Read about the deaths from paraquat and you'll get an idea of what our alternatives are," Missouri Farm Bureau President Blake Hurst said.

Hurst said he uses Roundup on his own farm in in Atchison County and that it allows him to utilize low-till planting, which limits erosion, sequesters carbon and saves energy.

"It's extraordinarily important to the way we farm and I really don't know how we would operate without it, should it ever come to that," Hurst said.

Monsanto, a unit of Bayer AG, began selling Roundup in 1974 using a formula that no longer is patent protected.

Bayer AG, which faces thousands of Roundup-related lawsuits in the U.S. that claim the product causes cancer, has maintained for years that Roundup is safe and also is an important herbicide used by farmers across the nations.

The active ingredient in Roundup is glyphosate, which the U.S. Environmental Protection Agency reiterated in April is safe when used as directed. In its Glyphosate Proposed Interim Decision, the EPA said "there are no risks to public health when glyphosate is used in accordance with its current label and that glyphosate is not a carcinogen."

"The EPA says it's safe," he said. "They typically examine all the various crop protection tools we use on a rotation, they do it every so many years, and look at the new science and review all the new literature and all those things. And they said, 'Look guys, this stuff is safe.' And it is."

The International Agency for Research on Cancer (IARC), however, stated in 2015 that glyphosate was likely to be a human carcinogen.

"The guy who actually ran the report for the IARC is a paid consultant to some of the law firms that are bringing these suits," Hurst said. "So this is a scandal, it truly is. I can't speak for Bayer, but one would assume that they are very concerned about the cost of these suits and the ability to get the truth accepted by a jury. So it's a scary thing."

Hurst also voiced some understanding for juries who have to hear the cases against Bayer.

"You can understand where the juries are coming from," he said. "The claimant, the plaintiff, is sick and that's a sad thing. They look for some way to help and so they find Bayer, and Bayer is a company that's got deep pockets. But the overall societal cost is huge."

The ramifications for farmers, should they lose access to Roundup, is huge, Hurst said.

"Look, our only alternative without Roundup is tillage," he said. "That destroys soil structure, uses lots of diesel and it increases erosion. That's the trade-off, right there. I'd also have to find a new tractor and a new tractor driver, a new tillage implement and then buy tens of thousands of gallons of diesel to replace Roundup on my farm."