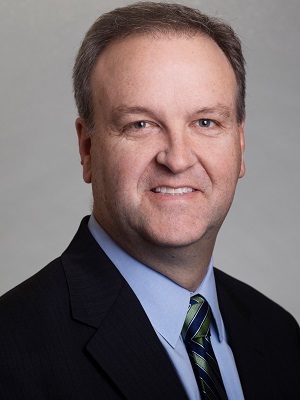 JEFFERSON CITY – St. Louis County has hired outside counsel in the wake of a jury's almost $20 million award in the discrimination litigation of a county police sergeant who'd allegedly been told to "tone down" his "gayness."

Hiring Lewis Rice follows a St. Louis County Circuit Court jury's award to Police Sgt. Keith Wildhaber in his discrimination case last month and signals that case is not over.

"With outside counsel, we will explore our options for post-trial motions and potential appeal," Moore said.

Wildhaber filed his sexual orientation discrimination lawsuit against St. Louis County in January 2017 after a police commission board member allegedly told him to "tone down your gayness."

Saracino has consistently denied making the statements to Wildhaber.

Wildhaber also claimed in his original petition that he'd been passed over for multiple promotions, despite his "clean disciplinary history, excellent performance reviews, and a strong resume for being promoted to lieutenant."

On Oct. 25, a St. Louis County Circuit Court jury awarded Wildhaber $19.9 million, the bulk of it in punitive damages, following a week-long trial.

"These appointments are the beginning of a critical transition period," Page said in a news release. "We will continue implementing serious and thoughtful changes in coming weeks."

Page also has stood by St. Louis County Police Chief Jon Belmar, saying Belmar "is the right person to lead us through some very difficult times in the history of St. Louis County."

Also since the verdict, St. Louis County Prosecuting Attorney Wesley Bell has announced a perjury probe into testimony during the trial.