Bill on punitive damages would remove use as a settlement bargaining tool: Senator 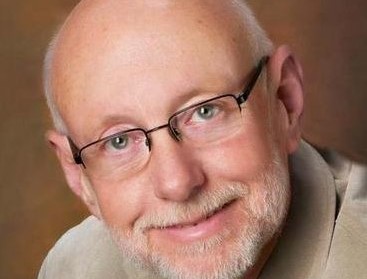 An ability to immediately ask for punitive damages  when filing suit can be unfairly used as a bargaining tool by plaintiffs, according to a Missouri senator who introduced a bill to reform the approach to such awards.

Defendants are immediately placed on the defensive even in a situation where it is late found they did not act in any deliberate, egregious manner, said Sen. Bill White, who introduced SB 65 in the last session.

Business leaders, including the Missouri Chamber of Commerce, want reform of punitive damages to be pursued by legislators in the next session.

White's bill also proposes the separation of the decisions on the awards of compensatory and punitive to be more pronounced.

Currently, when a lawsuit is filed, a plaintiff can immediately demand punitive damages, White told the St. Louis Record.

"Insurance by public policy does not cover punitive damages; therefore, when you have a case, you get a lawsuit filed against, and the person immediately files their complaint and they file for punitive, there is a lot of pressure on the defendant to want to settle," White said.

There may not be any basis for the claim for punitive damage, but a plaintiff can file one in every case, the senator said.

"It is a tactic to try to force a settlement in my opinion," White said, adding that "there are valid cases where punitive damages are necessary and totally appropriate" when the actions of a defendant are "egregious."

"This (bill) does not in any way prohibit such a case, but what it does is it hauls out that initial ability to use as a pressuring tool on opponents," he said.

SB 65, which was placed, and remained on the senate's informal calendar when the legislative session ended, states that punitive damages can only be awarded if there is "clear and convincing evidence" of intentional harm or that the defendant "acted with a deliberate and flagrant disregard for the safety of others."

Further, the claim for punitive damages would not be allowed in any initial complaint and can only be added as a motion, supported by evidence, ahead of a final pre-trial conference or trial date.

Under the bill, any pleading for punitive damages can be filed only after the court decides whether a particular standard has been met.

It would also be up to the court to decide whether a jury should consider whether punitive damages should be awarded after actual damages are awarded.

Want to get notified whenever we write about Missouri State Senate ?

Sign-up Next time we write about Missouri State Senate, we'll email you a link to the story. You may edit your settings or unsubscribe at any time.