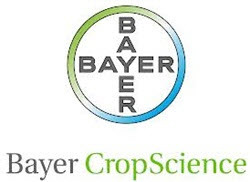 Two St. Louis law firms have spent an estimated nearly $8 million to attract and sign up plaintiffs to sue multinational conglomerate Bayer over the use of its weedkiller, according to figures released from a media data firm.

The two, the Onder Law Firm and Driscoll, are among the top spenders this year as the amount spent on developing suits over the use of Roundup has soared.

Onder, at the forefront of suits against Johnson & Johnson and the claims its talc powder products are linked to ovarian cancer, spent an estimated $4.6 million advertising and with legal marketing firms, according to an analysis by X Ante of data compiled by Kantrar Media CMAG and Media Monitors.

According to the same study, the Driscoll firm spent an estimated $3.4 million to try to attract clients to sue over their use of Roudnup.

Three trials have taken place in California, with juries awarding hundreds of millions of dollars for the plaintiffs, though the amounts were later statutorily reduced by judges. The first trial in St. Louis was due to take place in October but was postponed until next year.

Nationwide, the weedkiller has appeared in 654,280 national and local broadcast and cable television advertisements from January to September, according to the X Ante analysis, which estimates the total spent was $77.8 million.

According to a report in Legal Newsline, a sister publication of the St. Louis Record, more than  $38 million was spent in July and August alone, and the total has risen from $7.7 million for the whole of 2018.

The number of advertisements is four times that of the next most popularly targeted product or drug in the cross hairs of mass-tort lawsuits.

In a lengthy piece published by the Wall Street Journal into the underlying mechanics and the who, how and where of the spending, the newspaper noted that much of the money spent by law firms goes to third-party lead generators, which are paid according to the market value at the time.

The amount paid spiked in September amid reports that Bayer, shaken by the jury losses and a shrinking share price, was close to inking a multi-billion dollar deal with plaintiff lawyers to settle thousands of suits filed by individuals in various jurisdictions.

In response to the reports detailing the background on how plaintiffs are found and suits developed, Daniel Childs, a spokesman for Bayer, said there was a "lack of transparency" surrounding the process.

“A significant volume of the massive plaintiff advertising is actually sponsored by lead generators, commercial entities that operate in the shadows and lack transparency regarding their interests, sources of money and how they sell leads on new cases to law firms," Childs told the St. Louis Record.

"Transparency is fundamental to our legal system, and it is time for these entities to disclose this essential information.”

The Onder law firm did not respond to a number of requests for comment.

An estimated 18,000 people are suing Bayer across the country, with the most recent jury trial earlier this year in Alameda County Superior Court awarding the plaintiffs $55 million as compensation and $2 billion in punitive damages. That is likely to be reduced.

Bayer has filed post-trial motions asking for the judge to reverse the May verdict and order a new trial.

In the first case heard in federal court, District Judge Vince Chhabria signed off in May on a final judgment of $80 million against the company, which is appealing.

St. Louis is also a destination for these cases, though the first Roundup trial was recently postponed with no new date yet set for it to resume.

According to the Wall Street Journal report, Onder, the St. Louis law firm, is trying to sign up plaintiffs to sue in St. Louis Circuit Court, the venue for thousands of lawsuits over drugs, medical devices and J&J Baby Powder and Shower to Shower products.

The newspaper investigation stated that Onder and another law firm struck a deal in one case where the local firm found the client and Onder agreed to handle filings and jury selection, with the partner practice stepping in if there is a trial.

Law firms pay a price for each plaintiff generated by legal marketers, with the price peaking in August and September at between $3,000 and $6,000 as reports circulated of a potential deal.

Law firms can expect to take in around approximately a third of any settlement total in fees, with costs added.

Earlier in the year, Bayer announced it hired outside counsel and set up a committee in response to the lawsuits and its falling share price, with the company estimated to have lost $30 billion of its market value in the aftermath of the jury verdicts and awards.

Want to get notified whenever we write about Bayer ?

Sign-up Next time we write about Bayer, we'll email you a link to the story. You may edit your settings or unsubscribe at any time.