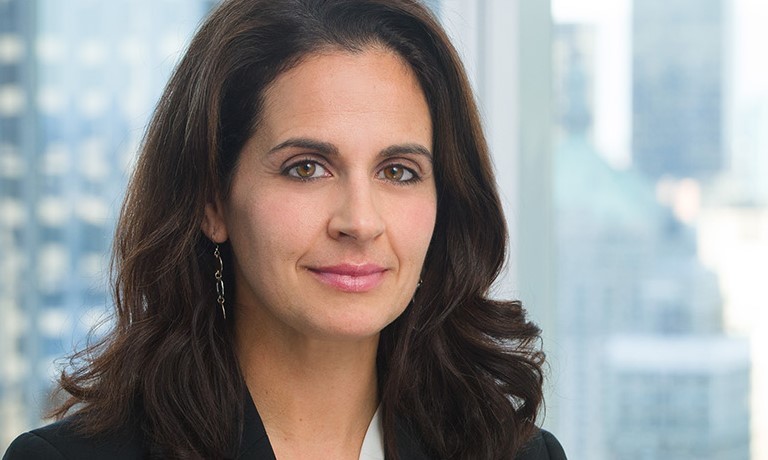 ST. LOUIS - A jury on Friday decided that Johnson & Johnson was not responsible for development of a St. Louis woman’s stage-two ovarian cancer from the use of its baby powder, which the plaintiff alleged had been contaminated with asbestos.

A12-member jury voted 9 to 3 for J&J in a case brought by plaitiff Vickie Forrest, who had alleged failure to warn about the danger of the baby powder and for negligence in producing and supplying the powder to consumers.

The verdict is the second victory for Johnson & Johnson in recent days. Last week a California jury decided the company's product did not cause a Los Angeles woman to develop mesothelioma, a deadly cancer of the lungs.

The three-week-long trial in the 22nd Judicial Circuit Court of Missouri, in St. Louis, had been streamed live courtesy of Courtroom View Network.

Forrest had claimed she began using the baby powder at age 15 and continued to use it for decades. Her type of ovarian cancer is called “clear cell” cancer.

Hundreds of cases across the country alleging ovarian cancer are pending against J&J. They have been the majority of lawsuits the company faces over its Baby Powder, though trials alleging mesothelioma, a much rarer and deadlier disease, have increased in frequency in recent months.

During closing arguments on Friday, plaintiff attorney Allen Smith of the Smith Law Firm based in Mississippi accused Johnson & Johnson of negligence, knowing its baby powder contained asbestos but turning a blind eye to deliberately mislead the public about the danger.

“They (J&J) manufactured confusion,” Smith said. “The baby powder can migrate to the ovaries and cause disease. J&J tried to hide it. You (jury) have the power to right a wrong, the question is; do you have the courage? To make the (J&J) stockholders say, change what you’re doing.”

J&J's baby powder is a small part of its overall product line. However Smith described it as the company’s “sacred cow,” for the image of trust the public had developed for the product.

“The baby powder is made up of constituents that are carcinogenic,” Smith said. “They (J&J) have responsibility to ensure the safety of their products. They must warn the product may be associated with ovarian cancer and if there is the slightest risk they are supposed to warn.”

Smith said 42 out of 44 studies had shown an increased risk of ovarian cancer from repeated use of the baby powder.

“Johnson and Johnson knew for decades that asbestos lurked in their baby powder,” he said.

Smith cited a study from 1971 that found fibrous talc in the powder, while another reported an increased (cancer) risk for African American women. A communication from university researchers to J&J officials said replacing talc powder with corn starch could reduce the risk of ovarian cancer.

“They (J&J) had this document in their file but never told anybody,” Smith said.

A document from the Cancer Prevention Coalition in the 1990s warned a J&J executive that frequent use of the powder in the genital area could result in a “serious risk” of ovarian cancer.

Smith said the makers of condoms decided to remove talc from their products in the 1990s.

He accused defense attorneys and their expert witnesses of producing excuses and described them like a “traveling band,” going around the country to courtrooms trying to get out of lawsuits.

“They said we’ve sold the product for a long time,” Smith said. “That has nothing to do with whether a product causes cancer.”

Smith asked the jury for $10 to $20 million in compensation for Forrest.

“The product was unreasonably dangerous,” he said.

“It’s to distract you (jury) from the truth and that’s not right and not fair,” Brown said. “Some corporations are saying you can’t get a fair shake in St. Louis (court). This is your opportunity to decide the case based on facts and evidence.”

Brown said the plaintiffs had the burden of proof.

“It has to be more likely than not the talc traveled to the organs (ovaries) and produced an inflammatory reaction,” she said. “You must find that talc directly caused the cancer. They (plaintiff lawyers) haven’t come close.”

Brown said consumers had used the product safely for 125 years, hundreds of millions of people around the world.

Brown said clear cell cancer was rare and she displayed a graphic stating there were only 141 cases of the disease among almost 6,000 women with different forms of ovarian cancer.

“It doesn’t make sense,” Brown said of the plaintiff’s case. “This is a disease almost no one gets.”

Brown said plaintiff attorneys failed to produce a single treating doctor who linked talc to Forrest’s cancer. She argued expert witnesses for plaintiff attorneys never had the opinion that talc caused cancer before they were hired and paid to testify.

She also argued that Dr. Laura Plunkett, a Georgia toxicologist who served as a plaintiff expert, made a living working for lawyers and earning millions of dollars testifying over the past 15 years.

Brown cited studies including one done by a nursing health organization in which 78,630 women participated, that found no association between talc use and cancer.

She displayed a graphic that read, “Decades of science does not support the plaintiff’s claims.”

“If Johnson & Johnson really believed the science showed a risk, they would take the baby powder off the market,” Brown said.

The Food and Drug Administration (FDA) turned back a citizen’s petition in the 1980s asking for warning labels to be placed on the product saying there was no health risk that justified it.

“The FDA looked at the science up until 2014,” Brown said. “They determined that a warning was not required.”

The National Institute for Occupational Safety and Health (NIOSH) also concluded there was no asbestos in the baby powder, Brown added.

She said corn starch as an alternative to talc powder had its drawbacks.

“Because of sugar (in corn starch), it can cause women yeast infections,” Brown explained.

Brown accused plaintiff lawyers of intentionally misleading jurors, for example comparing the risk of talc powder to that of cigarette smoking. She said J&J had tested its baby powder through an exhaustive step-by-step process. This included the use of high quality mines to procure talc powder, washing the powder, processing it, using X-ray technology and state of the art microscopes to analyze the product.

Additional attorneys in the case included Ted Meadows for the plaintiff with the Beasley Allen law firm in Montgomery, Ala., and Michael Brown with Nelson Mullins of Baltimore for the defense.

Want to get notified whenever we write about Johnson & Johnson ?

Sign-up Next time we write about Johnson & Johnson, we'll email you a link to the story. You may edit your settings or unsubscribe at any time.