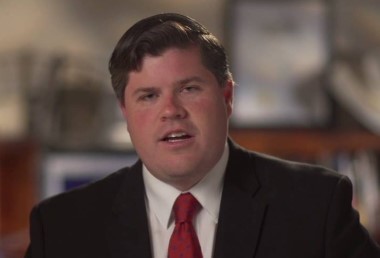 JEFFERSON CITY – A new bill introduced by Rep. Curtis Trent (R-Springfield) aims to crack down on frivolous injury lawsuits by limiting the amount of time a case could be filed.

“Missouri currently ranks as one of the worst states in the nation for judicial fairness,” Trent told the St. Louis Record. “If Missouri wants to create family supporting jobs and economic prosperity, we must stop the frivolous lawsuits that harm small business.”

Submitted on Dec. 4, HB 1596 would limit the time someone injured by a product would be able to sue the seller or manufacturer to 15 years since the product was first sold or leased.

The bill would allow some exceptions, for example products that are under a government recall.

Nor would the proposed bill limit court actions relating to real property, or actions where a person knowingly concealed unsafe or defective products. Also exempted would be actions for indemnity or contributions by a defendant, when a product has a warranty greater than 15 years, actions regarding negligent service, or specific products that cause respiratory or malignant disease.

According to a report in the Springfield News-Leader, a similar bill was introduced earlier and was supported by business organizations but was opposed by trial lawyers. Though it made some advances in the state legislature, it failed to come to a final vote.

Trent indicated such legislation is overdue.

“A statute of repose is particularly needed because most surrounding states already have one, which puts Missouri at a regional disadvantage,” he said.

Want to get notified whenever we write about Missouri Missouri House of Representatives ?

Sign-up Next time we write about Missouri Missouri House of Representatives, we'll email you a link to the story. You may edit your settings or unsubscribe at any time.