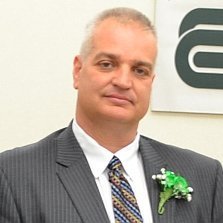 JEFFERSON CITY - A bill designed to curtail suits claiming punitive damages, particularly in the initial stages, was pre-filed in the Missouri legislature.

The bill, HB 1553, will bar asking for punitive damages when a suit is first filed, and only allow them to be requested after some evidence is produced.

It also raises the bar for the awarding of punitive damages to the point where "clear and convincing evidence" of intentional harm and "deliberate and flagrant disregard for the safety of others" must be established.

The bill had its first reading Wednesday at the opening of the Missouri General Assembly. A companion bill, SB 591, was filed in the Senate.

House sponsor, Rep. Bruce De Groot (R-Chesterfield), said the most important element of HB 1553, from this point of view, is the bar on asking for punitive damages in the first complaint.

But he made clear that he not opposed to punitive damages in every situation as they are merited in some.

"I understand punitive damages have a place that punish corporations that commit criminal acts and punitive damages may be the only way to do that," De Groot told the St. Louis Record.  "I do not want to do away with them but they should be a very rare occurrence."

The representative said it is now at a point where punitive damages are alleged in nearly every case where it is "almost legal malpractice not to put in a claim in an initial pleading."

"The most important part of the bill is that a plaintiff cannot ask for punitive damages in the initial pleading," De Groot said.

"After discovery, (a party) must show the court that there is a basis for the claim. I believe the courts will bend over backwards to allow the punitive damages to move forward if it finds that a horrible claim exists."

De Groot said the position now is that there is an adversial relationship between the small business community and their own insurance carrier.

He argued that when some alleged deliberate or intentionally reckless act is claimed, and punitive damages asked for, the insurance company will tell the business that it is not covered by a policy. In almost all cases it is not, he added.

"And then they tell the business they have to find a different lawyer to contest the claim," De Groot said.

"The intent of the bill is truly not...to get rid of punitive damages entirely. but it has gone too far, beyond the scope that is reasonable."

Want to get notified whenever we write about Missouri Missouri House of Representatives ?

Sign-up Next time we write about Missouri Missouri House of Representatives, we'll email you a link to the story. You may edit your settings or unsubscribe at any time.