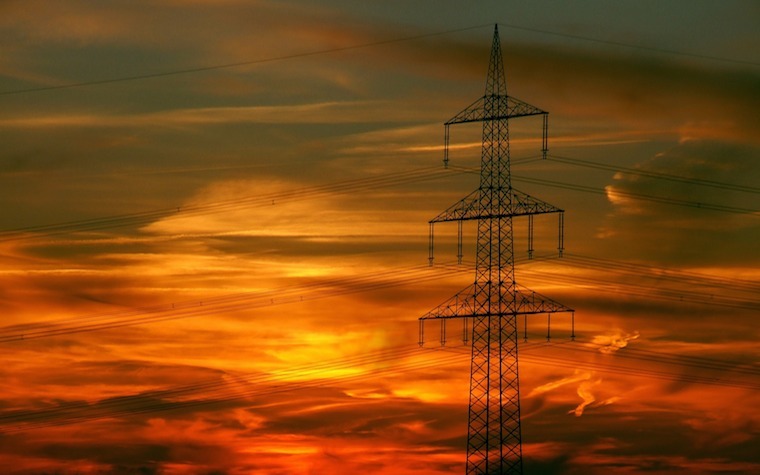 JEFFERSON CITY -  Lawmakers are making another attempt to stop the movement of wind power through Missouri with the publication of bills targeting a private company that wants to build transmission lines.

The proposed 780-mile Grain Belt Express would carry wind power from Kansas across Missouri and Illinois to link with a grid energizing states on the east coast. Some of the power will be available to consumers in the state, the developer, Invernegy, said.

A House committee on General Laws has moved one bill forward that would bar the private company from building the line across the northern part of the state. Members heard testimony last week. A similar bill was filed in the Senate.

HB 2033 bars the erection by private companies of substations at intervals of less than 50 miles if they do not provide electricity to individuals in Missouri. Under the proposed statute, it would not matter whether the company has received a certificate of convenience, which the project has been granted by Missouri’s public service commission (PSC).

The Missouri Court of Appeals for the Eastern District, in an opinion handed down in December, ruled against landowners who alleged the PSC was wrong to approve the construction of the line when it granted a certificate of convenience because the project was in the public interest.

BJ Tanksley, state legislative director of the Missouri Farm Bureau, said its position was based on “property rights and the power of eminent domain.”

“I don’t believe we would have an issue with building the line if the easements and purchases were freely negotiated,” Tanksley told the St. Louis Record. This type of project hasn’t been done before, when testifying before the PSC the original developer admitted as much."

Tanksley added, "They require PSC approval for the project but will not be under PSC regulation. This means that they will not be subject to the same oversight and citizens protections that typical utilities are.

“This is one of the reasons the PSC denied their request multiple times. Although they are promising to offer low cost power to a number of Missourians the ultimate goal of the project is to reach the lucrative east coast markets with as much power as possible.”

Tanksley said the members of his organization “believe that eminent domain is the ultimate government power and that it should be limited as much as possible.”

Invernegy said regulators in Missouri unanimously approved the project, which it added will bring clean energy to more than three dozen communities in the state.

“Ultimately regulators unanimously approved this energy infrastructure project because they determined that the line would bring more than three dozen Missouri communities clean energy at a cost savings of more than $12 million annually over the next 20 years,” said company spokesperson Beth Conley.

The farm bureau’s Tanksley, however, said, “In this case we do not want to see an out of state for profit company allowed to take Missourians’ property at the lowest price possible in order to maximize their profits. Our hope is that the legislation moving this year will restore the proper balance in any land negotiations.

“One point I think is important is that simply having the power of eminent domain changes any land negotiation whether or not the power is exercised.

“Invenergy has said that they don’t intend to use eminent domain for the project. That is great but it doesn’t address our concerns. Ultimately every landowner knows that any offer is backed by the threat of ‘if you don’t accept our offer we can take the land without your approval’.

“Now more than ever this type of legislation is needed. If we are to believe the developers, this type of project is the way of utilities’ future. Arkansas and Iowa have said no thank you’ to this type project.

“If Missouri doesn’t takes steps to protect property rights we will be the thoroughfare for all low cost power hoping to enrich the high margin markets and Missouri citizens will continue to be asked to sacrifice their land for the lowest price possible.

“Regarding the Court of Appeals decision, we simply believe the court was incorrect in deciding that Invenergy is a public utility that should have the power of eminent domain.

“They are simply a private company selling power on the open market; they are not operating a service area and providing the infrastructure to a local area in the way that a public utility does.

“They should not get the benefits of eminent domain without the corresponding duties to the citizens of Missouri that a traditional utility maintains.”

“In addition, the project will support 1,500 Missouri construction jobs and provide $7.2 million in tax revenues to local governments in the first year alone,” Conley said. “Missouri communities need this $500 million investment and we look forward to making our case to the Missouri legislature.”

The sponsors of the bills, Rep. Jim Hansen and Sen. Justin Brown, did not respond to several requests for comment from the St. Louis Record.

Want to get notified whenever we write about Missouri Public Service Commission ?

Sign-up Next time we write about Missouri Public Service Commission, we'll email you a link to the story. You may edit your settings or unsubscribe at any time.