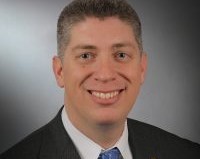 JEFFERSON CITY - Lawmakers in Missouri are being asked to support a bill aimed at forcing plaintiffs in asbestos litigation to reveal all details of claims filed with trusts set up to manage compensation from manufacturers that have filed for bankruptcy protection.

Senate Bill 575, filed by Sen. Bill Eigel (R-Cottleville), has received its first reading and passed through the General Laws Committee of the Missouri Senate.

In part, the bill provides that defendants in an action by those claiming their cancer was linked to exposure to asbestos will be allowed a credit for any amount paid out by a trust to that same individual.

The reform measure is designed to correct a system that compensates victims of asbestos exposure who allegedly "double dip" by first receiving monies from trust funds, then file suit in court.

SB 575 states that where damages are awarded, the "defendant is entitled to a set off or credit in the amount the claimant has been awarded from the asbestos trust."

It adds, "If multiple defendants are found to be liable for damages, the court shall distribute the amount of set off or credit proportionally between the defendants, according to the liability of each defendant."

The bill seeks transparency into a system where all documentation and information related to a trust claim is revealed to a trial court during the litigation and ahead of a settlement or jury decision.

Under the new bill, once a lawsuit is filed, the claimant, within 30 days, must provide the court and all parties with a sworn statement that an investigation was carried out and that all dealings with a trust have been completed.

Further, all parties to the action must be provided all documentation on any trust claim and from all law firms linked to the claim of asbestos exposure.

Want to get notified whenever we write about Missouri General Assembly ?

Sign-up Next time we write about Missouri General Assembly, we'll email you a link to the story. You may edit your settings or unsubscribe at any time.