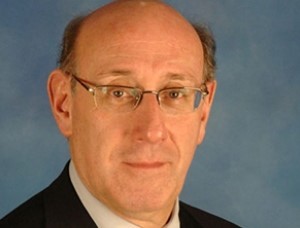 ST. LOUIS - Settlement talks are continuing between Bayer and plaintiff attorneys over claims of links between an ingredient in its weedkiller Roundup and cancer.

Jurors in St. Louis, who were seated and ready to hear the first case in Monsanto's home city before the abrupt halting of a trial last week, have been told it will not resume on Monday, as had been expected, the City Circuit Court Clerk told the St. Louis Record.

"Judge Elizabeth Hogan has advised that the trial in 1722-CC00370 will not resume Monday, Feb. 3," spokesman Thom Gross said.

Four plaintiffs, including one from Missouri, filed suit in St. Louis City Circuit Court over claims that glyphosate in Roundup is linked to the onset of non-Hodgkin lymphoma (NHL).

It would be the first trial to be held in St. Louis, though hundreds more have been filed in the court. Bayer, which bought Monsanto in a more than $60 billion deal in 2018, has lost three cases, all in California. Tens of thousands are pending in various parts of the country.

The trial last week was halted as opening arguments were due to begin. Last night, it emerged that a second trial, in Contra Costa County in California, has also been halted while talks continue.

"The parties have reached an agreement to continue the Caballero case in California Superior Court for Contra Costa County," Bob Chlopak, of CLS Strategies, a Washington-based communications firm advising the company, told the St. Louis Record.

"The continuance is intended to provide room for the parties to continue the mediation process in good faith under the auspices of Ken Feinberg, and avoid the distractions that can arise from trials.

"While Bayer is constructively engaged in the mediation process, there is no comprehensive agreement at this time. There also is no certainty or timetable for a comprehensive resolution.”

Feinberg, whose track record includes managing claims arising from the 9/11 atrocities and Deepwater Horizon litigation, was appointed as mediator by a federal judge overseeing the claims of multiple individuals in California.

The statement issued by Bayer is similar to one made by the company following the halting of the trial in St. Louis last week.

Settlement talks have progressed over some months with several law firms representing thousands of claimants reportedly to be close to a deal.

Reports suggest that Bayer, under pressure from their shareholders, particularly in in Germany, where it has its headquarters, is willing to settle for up to $10 billion, with $2 billion set aside to deal with any future claims.

However, a number of law firms were reported to be holding out, at least until last week's continuance of the St. Louis trial and this week's development in California.

Plaintiffs in both trials are represented by one of the hold outs, the Virginia-based Miller Law Firm.

The other major firm that Bayer was not able to reach an agreement is New York-based Weitz & Luxenberg.

Michael Miller, of the Miller Law Firm, which represented the plaintiffs in two of the three trials that have already taken place, both in California and which Bayer lost, has said his firm is re representing 5,600 plaintiffs.

In one of the California trials, the jury awarded a couple more than $2 billion in damages, most of it punitive. The award was later reduced to $87 million by a judge, due to statutory limits on punitive damages.

Mediator Feinberg has said he is “cautiously optimistic that a settlement will ultimately be reached.”

The mediator described the settlement negotiations as "complex and difficult," and, when pressed on a timeline, added that it would be “premature to state that a settlement is near or will be reached.”

He told Reuters that the number of law firms representing plaintiffs has increased, while Bloomberg reported that he believes the number of cases has grown to between 75,000 and 85,000 and “maybe more."

In a statement to investors last October, Bayer put the number at 42,700 plaintiffs. However, that number is believed to have grown parallel to reports of a settlement.

A spokesman for Bayer said: “The number reported by Bloomberg includes potential plaintiffs with unserved cases and is a speculative estimate about the numbers of plaintiffs who might be included in a potential settlement.”

He added: “The number of served cases as reported on a quarterly basis remains significantly below 50,000.  Bayer does not report or speculate about potential plaintiffs with unserved cases.”