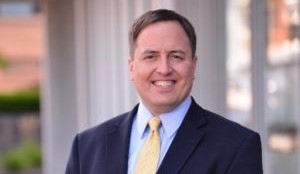 ST. LOUIS – The executive director for the League of Women Voters (LWV) in Missouri said Assembly HB1600 is an end-run attempt to enforce stricter voter ID laws after the Missouri Supreme Court decided a photo ID would not be required to vote.

The Missouri Supreme Court in January struck down a part of Missouri's voter ID law passed in 2016. Election officials will not be allowed to require a photo ID to vote or represent in advertising that a photo ID is required. But the LWV says the Legislature's proposed HB 1600 is an attempt to reinstate a strict photo ID requirement statewide. The League and the NAACP are suing Secretary of State Jay Ashcroft over his implementation of the law.

“The League’s lawsuit is filed along with the NAACP and Christine Dragonette, who does a voter ID acquisition project at St. Francis Xavier College Church,” Dugan said.

The suit was filed in the Cole County Circuit Court last fall, she added.

“The voters were confused,” Dugan said. “It was misleading, confusing. Instead of targeting (ads) to those they knew did not have a photo ID, they made public announcements using late-night TV and radio. So we’re challenging it (in court).”

A decision has yet to be made in the case, she noted.

HB1600 could eliminate the option of using a non-photo ID.  The bill would also drop a requirement that voters be notified of the changes in the ID law in advance.

“That was option two, that people could use other IDs,” Dugan said. “HB1600 would get rid of the option for example of using a utility bill, bank statement or government check. We think the Voter ID card is a very good form of ID because it is actually mailed to voters at the address at which they’re registered.”

Dugan said HB1600 would have to go back to voters.

"But people in our (voter) protection coalition are very worried (about 1600),” she said.

Asked if the bill flies in the face of the Supreme Court's ruling, Dugan answered, “oh yes.”

“The Supreme Court rules and two weeks later legislators file this bill (1600)," she said. "Secretary Ashcroft, if you check his Facebook page under videos, he criticizes the Supreme Court. I think it’s appalling for an elected official to say he disagrees with the Supreme Court’s ruling.”

If the General Assembly passes HB1600, Dugan said, it will likely be challenged in court.

"It could be a lengthy and expensive process," she added.

Dugan said the state also needs to do a better job informing voters of rules changes in ID laws.

“If you change the rules you have to let people know,” she said. ‘Especially those who don’t have a photo ID; and the state knows who doesn’t have it. It (advertising) needs to be fully funded. Before, it was very poorly implemented. The Secretary of State needs to make a good-faith effort.”