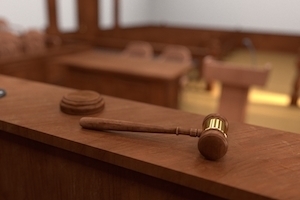 Attorney General Eric Schmitt wants a bar on enforcing a more stringent cap on revenue generated from fines and fees in St. Louis County to be lifted.

Schmitt is urging Cole County Circuit Court to lift the ban following a Missouri Supreme Court decision that reversed an earlier one affirming it was an unconstitutional special law.

In a legal controversy with its roots in a federal investigation that followed the events in Ferguson in the summer of 2014, municipalities in St. Louis County objected to a bill that targeted them for special treatment related to revenue generating.

The Department of Justice found that municipalities in the county were "egregious" in their use of fines and fees to generate revenue. SB 5 was later passed, which included one provision that capped this type of revenue collection at 12.5 percent in the county, compared to 20 percent in the rest of the state.

Cole County Circuit Court, in Jefferson City, issued a permanent injunction stopping the attorney general from enforcing the provisions, a decision initially affirmed but then reversed, on Dec. 24.

The court said it made a mistake when ruling that any law targeting a specific issue or location is unconstitutional, finding that a law must be presumed to be constitutional if there is a "rational basis" to its enactment. It did not specifically rule on SB 5.

"When I was a State Senator, I worked to pass Senate Bill 5 to ensure that citizens were not being subjected to taxation by citation to fill municipal government coffers - a practice that was egregious in St. Louis County,” said Schmitt.

“Now, as Missouri’s Attorney General, it’s my duty to enforce Senate Bill 5 and accompanying provisions. The Missouri Supreme Court reversed its ruling in the City of Normandy case, clearing the way for the Cole County Circuit Court to do the same. It’s time ensure that the citizens of St. Louis County aren’t being subjected to taxation by citation.”

Sam Alton, the lawyer for Pagedale, one of the cities that sued to block SB5, told the St. Louis Post-Dispatch: “I’ve done a preliminary review of the motion filed by the attorney general and I will look at the case law along with the other attorneys representing the other cities and we’ll make a decision as to our next steps.”