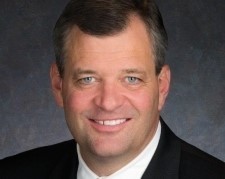 While few details on the parameters of that review were released, Jensen, the chief federal prosecutor in the Eastern District of Missouri since 2017, is likely to consider criticisms that Flynn was railroaded into making a confession by the FBI.

Flynn, the one time U.S. Army lieutenant general who pleaded guilty to lying to the FBI during Special Counsel Robert Mueller's investigation into Russian meddling in the 2016 general election, wants to withdraw that plea.

Jensen's appointment by Attorney General William Barr was made amid national controversy over various issues relating to the Department of Justice and President Trump, including the prosecution and sentencing of Roger Stone, and a raft of high profile pardons and commutations, including of former Illinois Gov. Rod Blagojevich.

The U.S. Attorney certainly will bring broad experience to the review, one that has seen him on both sides of the bar, as a former FBI agent and federal prosecutor, and defense lawyer for major companies and, in one instance, an individual accused of lying to federal investigators.

Jensen graduated from Indiana University School of Business before becoming a CPA for PricewaterhouseCoopers.

After joining the FBI and serving for 10 years, during which time he graduated from the St. Louis University School of Law, he left to become the Assistant U.S. Attorney for the Eastern District.

Following another 10 years as federal prosecutor, Jensen went into private practice, first as a partner with Jensen, Bartlett & Schelp, then with the white collar defense firm, Husch & Blackwell.

"I definitely zigzagged. I started out as a CPA, because at the time I graduated from college, that was the most likely area to find employment,” Jensen told St. Louis Magazine last year.

“But then the FBI was hiring accountants, because of the savings and loan failures of the late 1980s, and I’d always wanted to be in the FBI,” he said.

In his confirmation questionnaire ahead of his appointment as a U.S. Attorney, Jensen revealed one of the biggest cases of his career was the high profile prosecution of a former St. Louis Blues owner, Michael Shanahan, and his son, Michael Shanahan Jr.

Among his clients as a private practice corporate attorney were Monsanto Corp.,  University of Kansas, Washington University and Regions Bank.

But he was also involved in the defense of a businesswoman accused of lying under oath, which included allegations of investigative misconduct, according to a report in Law.com.

The case centered on Verna Cheryl Womack, with the defense claiming that federal investigators failed to reveal vital information that rose to the level of  "outrageous," an allegation the court rejected before sentencing her to 18 months in prison.

Since his confirmation as U.S. Attorney, Jensen has been involved in a range of different cases, but told St. Louis Public Radio last year that violent crime in St. Louis is a priority, which he said came from a directive sent by the Department of Justice. But it was one he entirely agreed with.

“It’s extremely frustrating,” he told the radio station. “I think if we were not aggressively prosecuting as we are, the crime rate would be even higher.”

His involvement in the review of the Flynn will thrust Jensen straight into the national spotlight, including inevitably the political one.

"It appears that Barr has recently identified a group of lawyers whom he trusts and put them in place to oversee and second-guess the work of the department’s career attorneys on a broader range of cases,” Donald Ayer, a former deputy U.S. attorney general, wrote last week in a piece for the Atlantic, which perhaps could be read as a quiet warning of the possible political flack that may be faced going forward.