Bayer may be close to agreement over Roundup lawsuits, but delays due to coronavirus reported 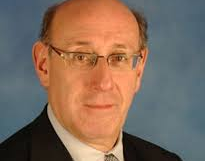 Settlement talks between Bayer and plaintiff lawyers in connection with lawsuits over the use of the Roundup weedkiller have been held up by the outbreak of coronavirus, a mediator in the negotiations has confirmed.

The slowing of negotiations, first reported by a German publication, was confirmed by Ken Feinberg, the federal court appointed mediator.

“Everything has been set back by the virus, all the discussions, any finalizing of the settlement,” Feinberg told Reuters Friday.

"I remain cautiously optimistic that there’ll be a settlement, although not this month."

Last week, Bayer reportedly agreed to a deal with lawyers from six firms representing thousands of plaintiffs. Bayer acquired St. Louis-based Monsanto, the makers of Roundup, in a $68 billion deal in 2018.

The plaintiffs claim that glyphosate, a key ingredient in the weedkiller, caused them to contract cancer, mainly non-Hodgkins Lyphoma. Three jury trials have taken place, all ending with multi-million dollar awards against the company.

Other trials due to take place have been postponed while the settlment talks continue, including two in St. Louis. Multiple reports have cited a settlement number of $10 billion.

“Mediation discussions continue in good faith under a court order requiring confidentiality and the company cannot comment on speculation about outcomes, timing or progress,” a Bayer spokesman told Reuters.

Bayer is under pressure from investors and others following trial losses in California. One investor filed a lawsuit March 9 against the Bayer board and company officials for agreeing to the Monsanto deal.

The lawsuit filed in New York state court claims that the German company “has been engulfed by a tsunami” of litigation involving Roundup. The investor, Rebecca Haussmann, is seeking compensation and punitive damages, as well as financial punishments for executives who crafted the takeover deal.

Bayer last month estimated it faces an estimated close to 50,000 lawsuits, up from 18,400 last July.