Two highly controversial bills have been introduced in the Missouri House and Senate, which would now give those accused of sexual harassment and assault more power than they have in any other state.

S.B. 259 and H.B. 573 would alter the way in which universities handle allegations of sexual crimes committed on campus. The bills were introduced by Republican members of the House and Senate, who are concerned that those accused of wrongdoing are often deprived of due process.

State Representative Dean Dohrman (R) commented on the new bills and what the state government hopes they will help achieve. 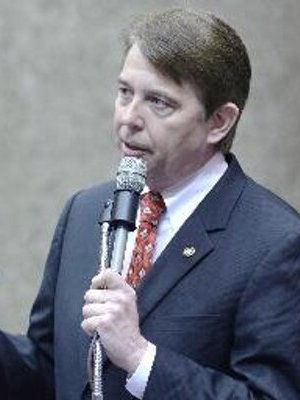 "The Missouri General Assembly takes sexual harassment/assault very seriously, but because of the nature of such allegations, it is particularly important that the investigation and subsequent actions be fair and fact-based," Dohrman told St. Louis Record. "As a result, the intent of the bill is to provide a serious inquiry and fair resolution to all accusations."

What Dohrman calls fair resolution, critics fear will undo progress made to protect victims over the years, according to KansasCity.com.

Dohrman, however, said that the bill's intention is to deliver justice, not cause pain for those who have actually been the victims of assault or harassment in the past.

"The bill is not intended to make anyone relive unpleasant or traumatic experiences. Therefore, we have provided for flexibility within the bill concerning how the cross-examination will be administered," Dohrman said, speaking of the consideration which exists in the House bill.

A particular area of concern is that bill's allowance to give the accused the ability to sue if they are not given due process; Dohrman said that despite this threat to universities, the bill will be advantageous for schools in the long run.

"Over ninety institutions of higher learning have lost lawsuits on due process alone. This bill will solidify the procedures for Missouri schools and should be a money saver in the long run while preserving the rights of all involved in the process," Dohrman said.

Want to get notified whenever we write about Missouri House of Representatives ?

Sign-up Next time we write about Missouri House of Representatives, we'll email you a link to the story. You may edit your settings or unsubscribe at any time.