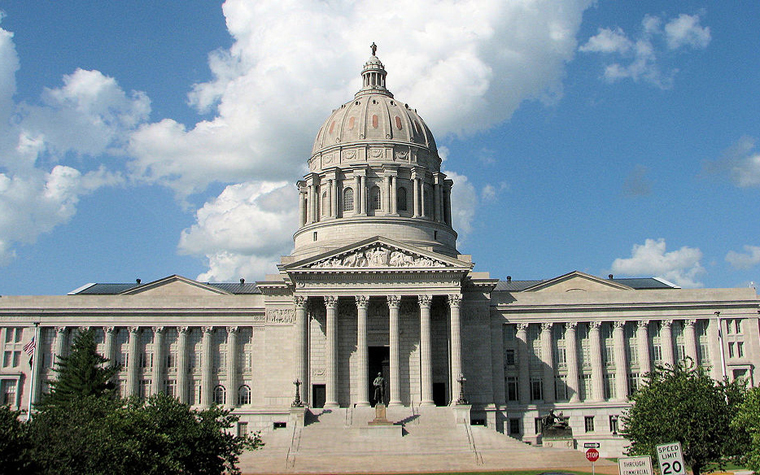 JEFFERSON CITY - Plaintiffs from outside St. Louis would have a tougher time filing their lawsuits in the city’s court system under a bill making its way through the Missouri legislature.

Senate Bill 7 and House Bill 231 would put restrictions on the joinder process – the combining of two or more plaintiffs who have similar claims against a defendant. Proponents of the legislation say plaintiff attorneys are using joinder of plaintiffs to get around Missouri’s venue requirements. They say plaintiff lawyers are using joinder to piggyback the suits of out-of-state residents onto those of Missouri residents.

The tactic is particularly prevalent in St. Louis City Circuit Court, according to the legislation’s proponents, who say St. Louis juries have developed a reputation of being plaintiff-friendly.

For example, in July, a St. Louis Circuit Court jury awarded a combined $550 million in actual damages and $4.14 billion in punitive damages in a suit filed by 22 plaintiffs who alleged that asbestos in Johnson & Johnson talcum powder caused ovarian cancer. Only five of the 22 plaintiffs in that case were Missouri residents.

The proponents of the legislation also say that, of the 13,252 plaintiffs in mass tort lawsuits filed in Missouri in recent years, only 1,035 are from Missouri and only 242 are from St. Louis.

AuBuchon said the growing number of talcum cases being filed in St. Louis is only part of the reason the legislation is needed.

"No, it's bigger than that. The talcum cases are only a piece of this puzzle," he said.

“We’re clearly out of balance. Our courts are being used as the nation’s courtroom,” Emery said during a hearing on the bill. “Senate Bill 7 will put an end to this abuse.”

The Missouri Association of Trial Attorneys has opposed changes to the joinder rules, arguing that the purpose of joinder “is to be more efficient, reduce costs, and reduce litigation.” The group also argues that joinder creates a more level playing field for plaintiffs who try to take on large corporations.

He added, "This is an economic development issue as well as a fairness issue. Missouri's courts and taxpayers are footing the bill for plaintiffs from across the country to file their lawsuits here. It's time for them to go back home."

The summary further states “that in tort actions two or more plaintiffs may be joined in a single action only if each plaintiff can independently establish proper venue, except that if two or more plaintiffs in such a civil action could establish venue in an adjoining county that has less than 150,000 inhabitants, then the plaintiffs may be joined in such adjoining county. Also, a plaintiff having proper venue in a county with 75,000 or less inhabitants may join in another currently pending action in a proper venue of another county with 75,000 or less inhabitants.”

Proponents of the legislation include the Missouri Chamber of Commerce.

The Chamber posted on its website: “Too often, plaintiffs with little or no connection to Missouri file cases in plaintiff-friendly St. Louis and Kansas City courts in hope of getting big settlements. This is clogging our judicial system, costing Missouri taxpayers and delaying justice for Missourians who have properly filed their cases. Missouri has been repeatedly listed as one of the worst Judicial Hellholes in the country due to the litigation hotspots caused by lax venue and joinder rules.”

The company issued the following statement after the verdict: "Johnson & Johnson is deeply disappointed in the verdict, which was the product of a fundamentally unfair process that allowed plaintiffs to present a group of 22 women, most of whom had no connection to Missouri, in a single case all alleging that they developed ovarian cancer. The result of the verdict, which awarded the exact same amounts to all plaintiffs irrespective of their individual facts, and differences in applicable law, reflects that the evidence in the case was simply overwhelmed by the prejudice of this type of proceeding."

The statement continued: "Johnson & Johnson remains confident that its products do not contain asbestos and do not cause ovarian cancer and intends to pursue all available appellate remedies. Every verdict against Johnson & Johnson in this court that has gone through the appeals process has been reversed and the multiple errors present in this trial were worse than those in the prior trials which have been reversed."