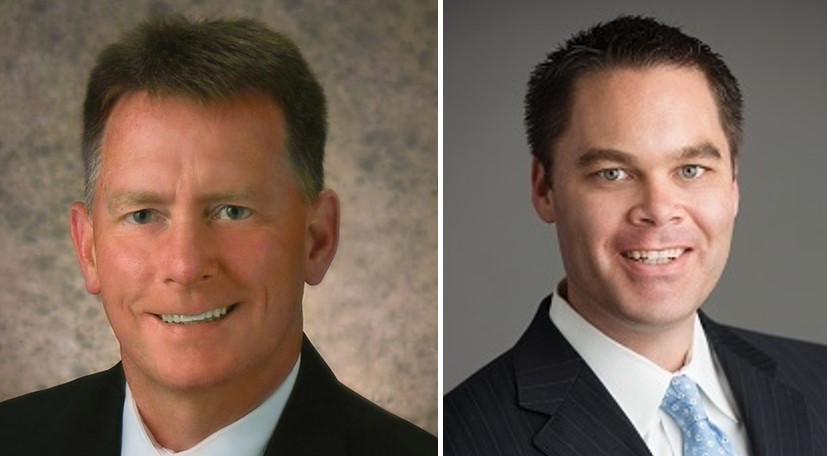 JEFFERSON CITY - While advocates of civil justice reform are pleased with Gov. Mike Parson's signature on a bill designed to stem a flood of out-of-state plaintiffs in Missouri courtrooms, they're aiming for more reforms in the next legislative session - limiting punitive damages and asbestos transparency, for instance.

On Wednesday, Parson signed SB7 which will limit what critics, such as the Missouri Chamber of Commerce and the Missouri Civil Justice Reform Coalition, call "venue shopping."

Daniel P. Mehan, Missouri Chamber president and CEO, said the law was years in the making and was one of the business community’s top priorities in the 2019 session.

"The law signed by Gov. Parson ... addresses a major reason why Missouri has annually ranked as having one of the worst legal climates in the nation," Mehan stated in a release. "Starting today, Missouri will no longer be the nation’s courtroom."

The legislation was driven in part by multi-million verdicts that have come out of St. Louis City Circuit Judge Rex Burlison's court of late, including ones from women residing outside Missouri alleging talcum powder caused them to develop ovarian cancer, with at least four such verdicts since 2016 ranging from $55 million to $110 million.

Defendant Johnson & Johnson has appealed all verdicts, with some success, and currently awaits appellate ruling on the biggest verdict of all reached last summer in Burlison's court: $4.7 billion awarded to 22 women, many who were not Missourians, on claims that asbestos in talc caused their diseases. Of that award, $4.14 billion was in punitive damages.

Richard AuBuchon, executive director of the Missouri Civil Justice Reform Coalition, said the venue reform bill will "go a long way in setting the record straight for the state of Missouri so that Missouri is a pro-business state."

AuBuchon said the bill was not an attempt to limit the ability of plaintiffs to seek justice.

"That said, when there are abuses like we have seen in Missouri, the state should stand up and fix those matters," he said.

A proposed asbestos reform bill that failed to gain enough support to advance this session would require plaintiffs to provide all information relating to any claim made to separate bankruptcy trusts set up to compensate those harmed by asbestos, many of whom suffer from mesothelioma. It would give defendants the ability to object past 60 days before trial if they had reason to believe that not all the information had been supplied.

Other reform measures that stalled were a statute of repose measure that would free companies from liability related to previously produced products where the standards governing an industry have changed. Another was a proposal limiting punitive damages - to be awarded only if the plaintiff proves by clear and convincing evidence that the defendant intentionally harmed the plaintiff without just cause or acted with a deliberate and flagrant disregard for the safety of others.

AuBuchon said the statute of repose bill and punitive damages bill both passed the House with "rock-solid" votes. "Both of those issues will be back next year," he said.

A critic of venue reform as passed, the Missouri Association of Trial Attorneys, said its position for the last several legislative sessions has been that venue and joinder had already been decided by the courts.

"The Supreme Court of the United States addressed the issue of out-of-state joinder in a 2014 decision, Daimler v. Bauman," said MATA president Brett Emison. "In Daimler, the court held that a plaintiff must show a connection between the corporate defendant and the jurisdiction in which the suit is filed.”

Emison said that MATA worked hard to protect the rights of Missourians to have their cases heard by Missouri courts and judges, but the passage of SB 7 will harm state citizens by favoring corporations over individuals.

“SB 7 provides protections to both in-state and out-of-state corporations that prevent groups of similar plaintiffs from joining their cases together for discovery purposes," he said. "The bill forces multiple proceeds instead of a joint one. SB 7 would have been bad enough if it had stopped there, but it went further. SB 7 did not only address the issue of joinder, but also gave substantial protections to insurance companies who wrongfully refuse to pay valid claims and made it more difficult for Missouri citizens to have their claims heard by a Missouri judge and jury.”

AuBuchon, however, indicated that the motivation for reforms is not to "forestall the ability of an individual who was harmed to seek redress."

Another venue reform bill that passed and awaits the governor's signature is SB 30, sponsored by Sen. Dan Hegeman (R-Cosby), which would allow failure to wear a seat belt in a vehicle as an evidence of negligence on the occupant's end. It would allow law enforcement officers to treat seat belt violations as stand-alone offenses, stopping drivers who are not wearing their seat belts properly.

Under current law in any civil action to recover damages, failure to wear a safety belt is not allowed as evidence of comparative negligence, but may be introduced to mitigate damages.

The new seat belt law provides that in actions arising out the design, construction, manufacture, distribution, or sale of a motor vehicle factory equipped with a safety belt, failure to wear a safety belt by the plaintiff shall be admissible as evidence of comparative negligence or fault, causation, absence of a defect or hazard, and failure to mitigate damages.

AuBuchon said he expects the governor to sign it.

“For example, seat belts may be defectively designed. There are vehicles still on the road with lap-belt-only designs that do not restrain the upper torso. There are many tests that show these lap-belt only designs can cause very severe injuries, including paralysis and death,” Emison said. “In such instances, the occupant(s) may be entirely justified in refusing to wear a defective ‘safety’ device.”

Emison expressed concern that new law will allow auto manufacturer defendants a special rule to say that evidence of seat belt use is always admissible, even if it was not related to the crash or injuries sustained.

Want to get notified whenever we write about Missouri Senate ?

Sign-up Next time we write about Missouri Senate, we'll email you a link to the story. You may edit your settings or unsubscribe at any time.