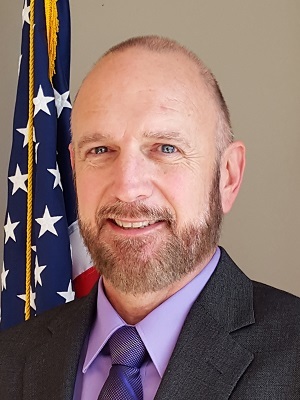 JEFFERSON CITY – A Missouri business advocacy group enjoyed great success in the most-recent state legislative session which tort reform it supported made it to the governor's signature.

"It was a rather historic session," Associated Industries of Missouri President and CEO Ray McCarty said.

Reform that didn't make it this year likely will be revisited next year, McCarty said.

One especially big win for tort reform this past legislative session was legislation that changed the state’s joinder and venue laws, which determines what and where cases may be joined. The measures, Senate Bill 7 and House Bill 231, among other things, bars plaintiffs from using joinder to establish venue, modifies which cases can be brought together, and creates a venue exception for insurance agents.

Passage was not a foregone conclusion, McCarty said.

"Business groups on one side and the various associations of trial attorneys on the other side," McCarty said.

The measure made it out of the Senate in February following an all-night filibuster and, finally, a 24-7 vote. On May 1, the House approved the measure with a vote of 100 to 46.

"Passing venue and joinder reform is a huge win and will provide long overdue relief to Missouri businesses that have been taken advantage of by rampant abuse in our state’s legal system," Gov. Mike Parson said in a statement issued after the House passed the Senate version. "Today’s passage of SB 7 will soon deliver a significant economic boost and create a better business environment all across Missouri."

McCarty also lauded passage of Senate Bill 224, which modifies Missouri Supreme Court discovery rules to bring them more in line with federal rules with regards to how many claims for discovered are allowed.

"Sometimes the procedural matters in state court get to be so burdensome that they stretch cases out for a longer period of time, longer than they really need to be," McCarty said. "If they're brought in federal court they're dealt with much more expeditiously. That was the goal of this bill, to try to make sure that our state courts can handle these legal disputes as expeditiously as in federal court."

Another piece of tort reform that passed this session was Senate Bill 30, which allowed evidence about failing to wear a seat belt to be allowed in negligence, causation, absence of defect and failure to mitigate damages cases.

"This deals with cases in which a person is suing a manufacturer of a vehicle because they allege that the safety devices in the vehicle did not protect them adequately in an accident," McCarty said. "In current law, there's an allowance that can be made if someone is not wearing their seat belt in an accident. The jury's award can be reduced by only 1 percent where, really, the seat belt is the primary safety device in a vehicle."

Despite the 2019 legislative session being very successful for tort reform, AIM didn't get all that it wanted, McCarty said.

"We had a pretty long list of items that we wanted to do in tort reform this year," he said.

Reform legislation for punitive damages and asbestos litigation were among tort reforms that didn't make it this session.

Among the failed bills were House Bill 216 and Senate Bill 69, which would have reformed how asbestos civil actions are handled in the state.

SB 69, among other things, would have allowed claimants suing for damages over alleged asbestos exposure to disclose additional claims filed with an asbestos trust and given defendants until 60 days before a trial date to object if they believe all information has not been provided.

The legislation also was intended to stop trial attorney from "double-dipping” in asbestos lawsuits, a practice that has been depleting asbestos trust resources, by suing companies only peripherally implicated in alleged asbestos exposure.

A Senate committee approved SB 69 in February and the legislation, for a time, seemed to gain traction in the Senate but didn't pass this time around.

However, AIM isn't giving up on the asbestos litigation reform details of SB 69, McCarty said.

"They didn't get as far as we wanted them to this year, but we did have meetings with leadership to try to make it a priority for next year," he said.